The alarming escalation of addiction, overdose and death related to prescribed opioids such as OxyContin, Vicodin and methadone can be traced back to the 1990’s when pharmaceutical companies assured physicians that opioid use would not lead to dependence. Believing that the risk of addiction was low, healthcare providers began increasingly prescribing opioid medications for acute and chronic pain. The CDC reports that the sale of opioid medications nearly quadrupled from 1999 to 2014. The problem continues today, with these highly addictive drugs still being prescribed to patients all over the US.

In 2015 the CDC estimated that 2 million people struggled with dependence on prescribed opioid medications.

The truth is anyone who takes opioids can become addicted to them. Opioids affect nerve cells in the body and brain, reducing pain and creating a feeling of euphoria. They are often prescribed after surgery, severe injury or for chronic pain. Side effects include depression, confusion, sleepiness, dizziness, nausea & constipation. Prolonged use leads to tolerance, with the patient needed more and more to get relief from pain. At higher doses suppressed breathing occurs and can lead to death. Abruptly stopping opioids leaves patients with severe withdrawal symptoms including nausea, vomiting, chills, rapid heart rate and fever. Temporary relief from these symptoms comes by taking opioids again…and again…and again, this is when use becomes addiction. For those using opioids to manage chronic pain the National Institute on Drug Use estimates that 21-29% of patients misuse the drug. 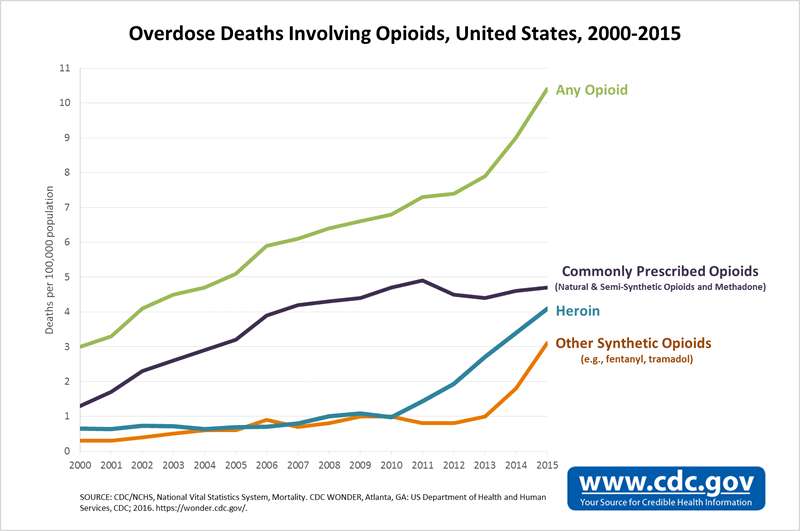 Another danger comes from overlapping prescriptions. Patients are sometimes prescribed benzodiazepines along with opioids. This is a lethal combination. Benzos such as Xanax and Valium have a sedative effect on the nervous system and are used to treat anxiety, insomnia and seizures. The risk of overdose when using opioids and benzos together is very high due to impaired motor function and suppressed breathing.

Diversion refers to the theft, robbery and illegal distribution of prescription medication. Diversion can be as simple as a family member sneaking a few pills out of a patient’s bottle or as complex as organized crime groups moving large quantities of stolen medication. Sometimes unethical doctors and physicians sell the drugs illegally. Similarly, individuals sometimes sell their pills. Medical facilities, pharmacies and distributors are the targets of theft and robbery, either by employees or others. Another way that prescription drugs find their way to the streets is through individuals who ‘doctor shop’ getting multiple prescriptions from multiple doctors. Opioids can be dangerous enough when monitored by a doctor, but can prove even more problematic and lethal when distributed with no medical care whatsoever. Many people addicted to heroin first abused pain pills.

Astoundingly, in the US nearly a quarter billion prescriptions for opioids were written in 2013 alone. The prescription rate varied wildly from state to state. A CDC report found that providers in Alabama wrote three times as many prescriptions per person compared to Hawaii, with no correlating differences in the health of the two states’ populations. The discrepancy could be an indicator of illegal diversion of drugs, combined with overprescribing.

So what is being done to combat this epidemic? Massachusetts was the first state to declare a public health emergency in 2014, allocating money and resources to seek solutions. In Maine, the state has set limits on the strength and number of pills that can be prescribed by doctors. Doctors and surgeons at Michigan University Hospital have sought to evaluate ways to manage pain with lower-strength pain pills and fewer pills, personalizing the dosage. They found that patients were often over prescribed medication following surgery. Patients across the nation are often given too many pills that are much stronger than necessary. Additionally, medical professionals at the university educate patients on the usage and risks of opioids and provide alternative resources. The CDC would like to see more oversight of opioid distribution, including restrictions on pharmaceutical companies supplying doctors and clinics known to be violating laws. FDA warning labels have been added to the boxes of both highlighting the drug interaction dangers of opioids and benzodiazepines. Walmart recently began offering disposal kits to safely dispose of unused pills, decreasing the chance they will end up in the hands of others.

Combating opioid addiction as a public health issue rather than as a criminal issue for addicts could lead to more success stories. Increased access to treatment, and access to lifesaving drugs such as naloxone give hope that lives and families can be restored.

Joe Eisele, CACIII, NCAC
Joe is the Clinical Director at InnerBalance Health Center and has been helping achieve lifelong sobriety incorporating biochemical restoration and holistic addiction treatment for over 30 years. 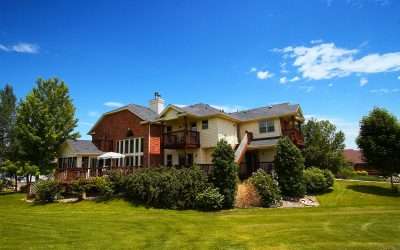 Addiction recovery and finding balance in life is crucial for overall well-being, especially when it comes to overcoming alcohol and drug addiction. The pandemic lockdown has added extra stress and uncertainty to many people's lives, making it even more challenging to... 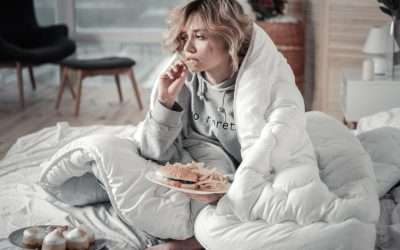 With COVID and the global pandemic, stress levels have risen dramatically as well as a surge in addiction and mental struggles. Listen to Joe Eisele discuss the impact of lock down, diet, stress and addictions on the MISSION: EVOLUTION radio show.

Making healthy choices about how we live, including eating, sleeping, exercising, and stress-relief provide a strong foundation for healing. Choosing foods rich in immune-boosting nutrients is our first line of defense against illness. 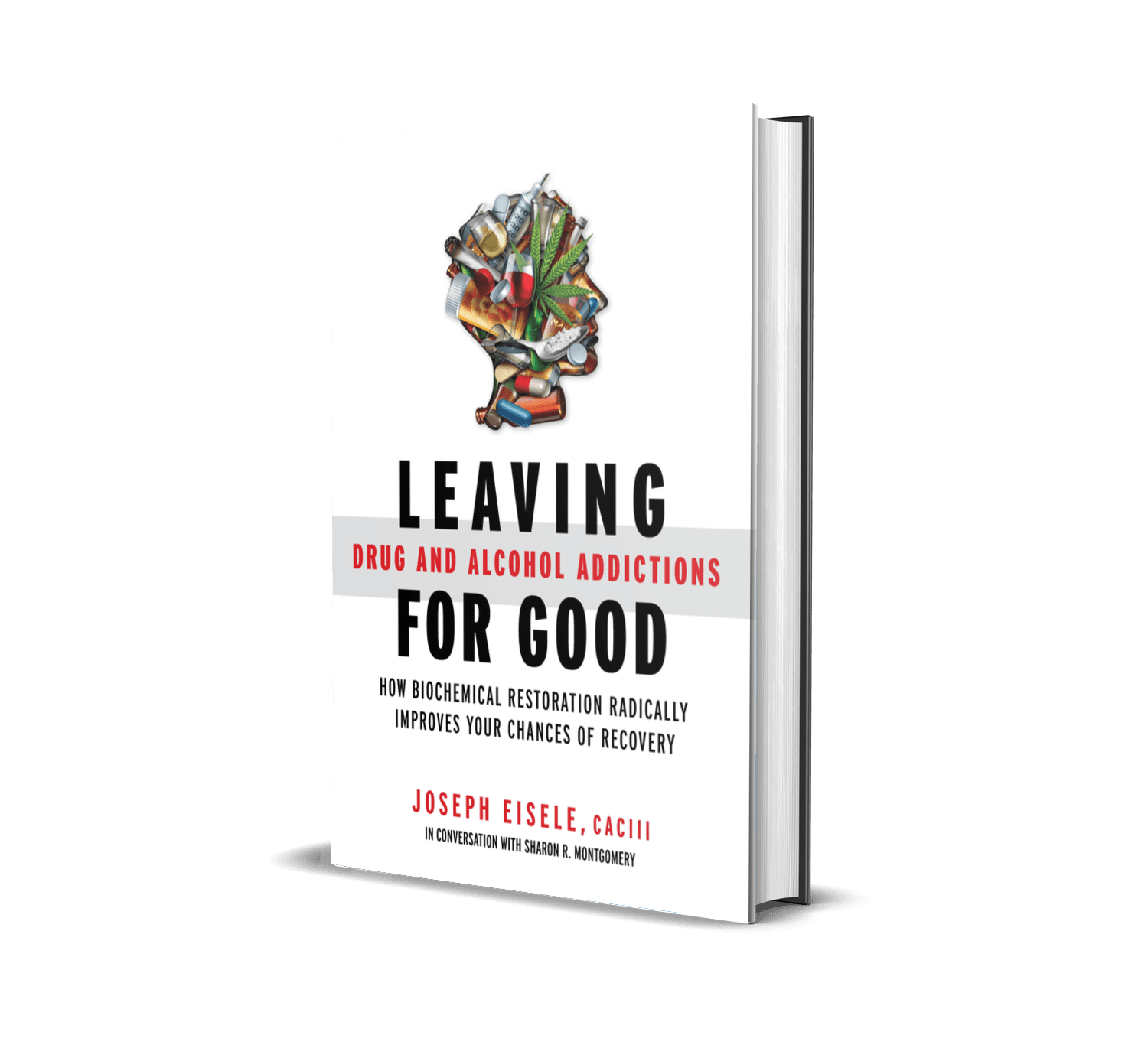 Discover the Missing Link in treating addiction. Learn about our holistic approach that truly incorporates mind, body, environment and spirit. Restoring biochemical imbalances as well as addressing nutrition, lifestyle and emotional support help our patients achieve lifelong sobriety as well as live happier and healthier lives. Addressing the root causes of addiction will help eliminate cravings that lead to addiction.

A Succes Story on How We Treat Alcohol Addiction at InnerBalance:

At InnerBalance Health Center, we strive to get the best addiction treatment to gain a better understanding of the psychological effects of addiction to drugs and/or alcohol.. As a component of our holistic addiction treatment process, we understand that there are certain biochemical imbalances that can make a person more prone to the addictive cycle.

By restoring chemical balance, a person is much more capable of overcoming their addiction. InnerBalance Health Center offers and is one of the foremost leaders in treating addictions using biochemical repair & restoration. We believe that biochemical imbalances can be pre-existing, or can come as a result of repeated drug and alcohol use over time. Learn more specifics about our holistic treatment here.

Yes, at InnerBalance Health Center clients have access to a staff member 24 hours a day 7 days a week.

Does the treatment center prescribe addictive medications such as benzodiazepines or opiates?

No, InnerBalance does not prescribe those types of medications, unless needed for temporary stabilization for withdrawal symptoms. We focus on identifying the root causes of cravings, repairing your body’s biochemical imbalances and teaching you the lifelong skills necessary to stay sober.

At InnerBalance we realize the need to find the root cause of these issues. For example, a racing mind can come from too much histamine in the brain, a condition caused Histadelia. When we find this condition through lab testing, we use the safe amino acids and vitamins that will lower histamine levels. Depression can come from under-functioning neurotransmitters, like serotonin.

Through urine testing, we check the serotonin receptors by looking at the Tryptophan levels, and then treat with the appropriate amino acids. Please call us for a more thorough description on how we can deal with underlying symptoms. These examples just scratch the surface of our biochemical restoration approach which is integral to our holistic treatment philosophy.

Yes, the InnerBalance Health Center is fully and duly licensed by the State of Colorado.

Does the treatment program offer an exercise program that the client participates in?

For questions about our addiction treatment program or availability, feel free to contact us.
For emergencies call 911 or visit your nearest hospital